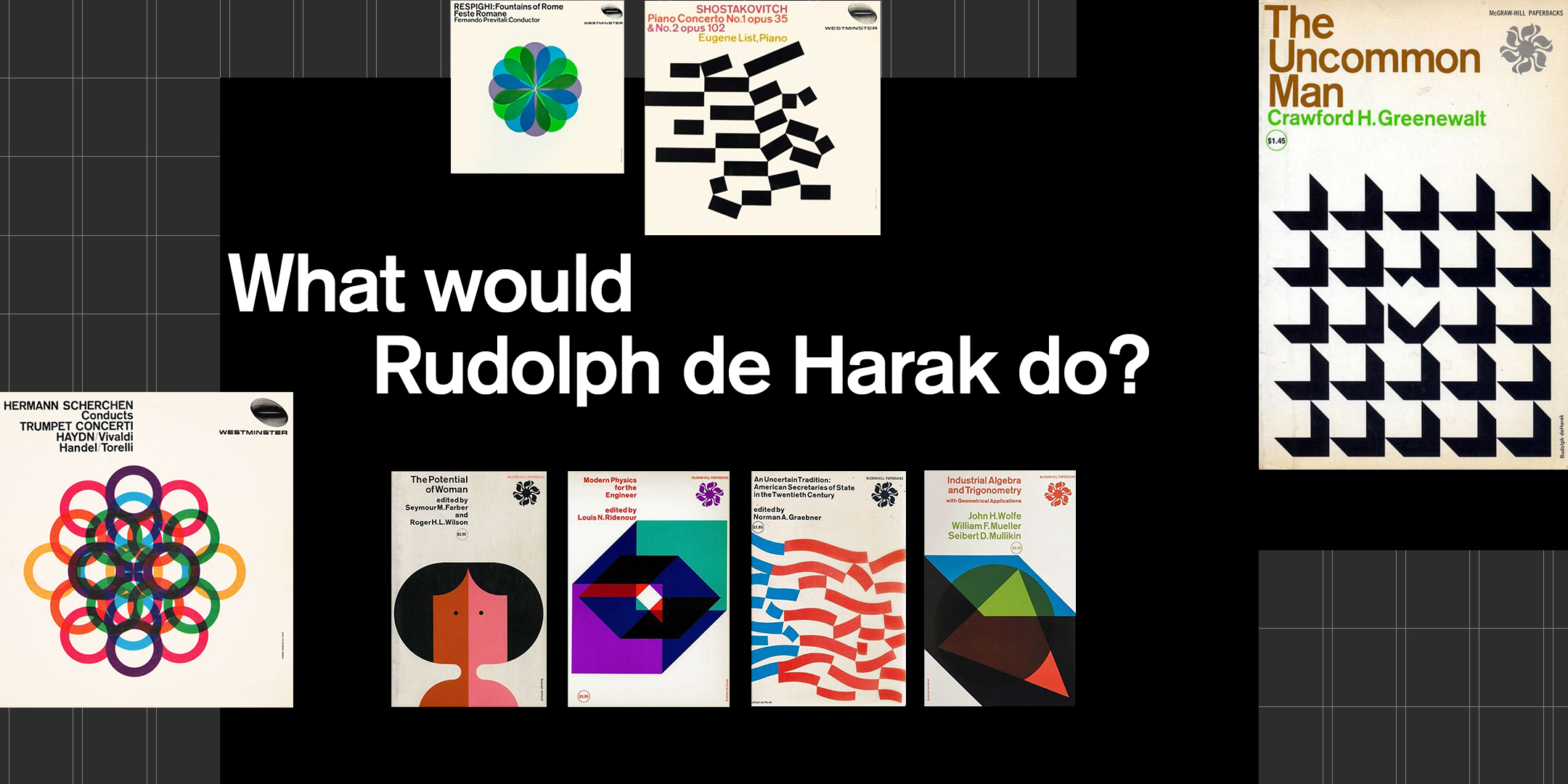 What would de Harak do?

Pure. Simple. Rational. Those are the words often used to describe de Harak’s work, but the trained eye knows that achieving any of those qualities doesn’t come easy. It’s almost frustrating, the amount of work – the practice, the iteration, the reservation – that it takes to distill a communications challenge down to the core of the problem, and then create something that seems almost effortless, as if there were no other possible solution. De Harak and his team did it time and time again.

To ask, “what de Harak would do?” is to ask, “are we solving for the right problem?” And That’s what makes “simple” so “difficult.” Richard Poulin, who worked alongside de Harak for almost a decade, has captured many of those timeless solutions in the new monograph, “Rational Simplicity: Rudolph de Harak, Graphic Designer.” It’s currently being crowd-funded at https://vol.co/product/rudolph-de-harak/