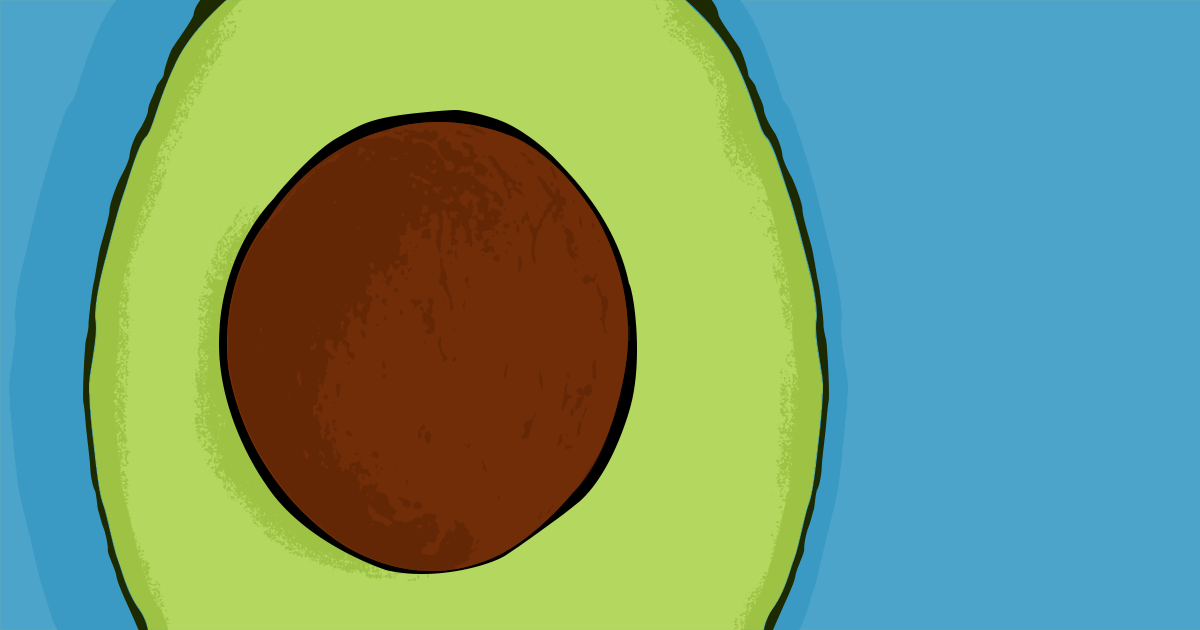 A Delicious Taste of Branding

We like to think of branding as big, ripe avocado – an analogy we borrowed from Brian Dougherty’s book on “Green Graphic Design” (Allworth Press, 2008). Dougherty relates the three layers of an avocado to important roles of the modern designer; 1. Manipulator of stuff, 2. Message maker, and 3. An agent of change. It’s a fantastic read — highly recommended — but we also think the avocado is a ripe analogy for branding as well. Here’s why:

Brand
The outer layer acts similar to our definition of what a brand is – the perception of a company. In “Zag,” Mary Neumeier defines brand as “a person’s gut feeling about a product, service, or company.” In other words, a brand is what people think about you. People make judgments based on a number of brand characteristics: the quality of the product, the effectiveness or creativity of advertising efforts, and the quality of customer service. But a brand is also built on what other people say – in magazine articles, online reviews, or what colleagues are gossiping about at work. Literally everything that people see, hear, or say about a person, organization, company, or business reflects and builds upon our perception of a brand. The single best word in the English language to describe it is “Reputation.”

“Branding” is the effort to influence this perception. You can’t control what your neighbor’s mom might say, but you can do your best to make consistent and authentic impressions. While the outer layer of an avocado is thick and bumpy, we know it’s delicious and tastes wonderful on toast.

Identity
The set of visual and verbal elements that make up a brand is referred to as its “Identity.” This is the meat of our avocado, where strategy takes hold and brand identity designers offer most of their services. Here, the idea is to influence the public’s perception of brands by creating appropriate and consistent brand elements.

The features that make up people’s identity also make a brand’s – how you look, act, and engage with others. In business, this is often referred to as “Corporate Identity,” or an “Identity System.” In America, the practice goes back to the early days of Paul Rand’s work for IBM and other technology and pharmaceutical companies. But Corporate Identity systems can be traced back even further in the Netherlands  where, in the 1920’s designers like Piet Zwart formed longstanding relationships with companies like the Dutch Post, Telegraph, and Telephone service, or the PTT. What made these partnerships notable was the consistent design across a number of materials: letterhead, brochures, envelopes, business cards, packaging, and industrial signage. A certain “style” was obtained by working with one designer or a small team. Today, that system is also made up of many more elements, like color, fonts and icons, as well as digital touch points, like websites, apps, social media, email blasts, and video.

The brand style guide is the corporate document that keeps track of all the elements of the brand identity system. It ensures that everybody tasked with bringing the brand to life in the marketplace maintains a consistent visual and verbal tone of voice.

Logo
A logo is a graphic mark or symbol used to promote and identify a company. The word is short for “logotype,” which was one word cast as a single piece of type in hot metal typesetting. The definition has been expanded to include both type and figurative design, which often comes in the form of an icon, like the Nike “Swoosh.” If it includes text of the name it represents — for example, “Nike” seen without the swoosh — it’s known as a wordmark. A company’s logo is today often synonymous with its trademark or brand.

The logo is arguably the most memorable part of a brand identity. Out of all the elements that makeup an ID system, it is usually the most consistent, just like the seed at the center of our avocado. However, that doesn’t mean a logo can accomplish everything that helps define a brand. At first, the Nike Swoosh symbolized nothing but a fledgling new sneaker company. Over time, though, depending on how the brand identity works and, more importantly, how the company engages with its audience, the logo can come to symbolize what the brand actually stands for. The logo then acts as a quick reminder, emblematic of everything the audience has learned in the past and comes to expect from the brand in the future.

Time to Refresh?
For companies in a competitive market, or in an industry where products and services are generally the same quality, a brand’s identity becomes even more important. It helps to differentiate one product from another. But there are other situations that call for a brand identity overhaul as well. Perhaps a new audience or opportunity has been discovered, or a company’s internal mission has changed. New competition in the market can also be a good reason to evolve or shift parts of an identity system, either visually, verbally, or both. Often, it just so happens that the current brand identity doesn’t work – it isn’t connecting with the audience, or it just looks and feels outdated. That's a perfect time to slice up a big, ripe avocado.